What does a potential impeachment mean for the stock market?

Recently I’ve had people asking me about the impact of a potential impeachment of President Trump on the stock market, individual portfolios, and ultimately financial plans that are in place.

I wanted to take a minute and address this as best I can.  First off, the market hates uncertainty.  Uncertainty gets markets on edge and with other international factors that are already taking place like interest rates at or near zero, the trade war that seems to continue dragging out, and negative yields on some bonds, it’s just another ingredient in instability.

If you take a step back though, and look at history, there have only been two presidents who have been impeached.  Nixon is sometimes referenced as being impeached but he resigned before it actually happened.  Andrew Johnson was impeached in 1868 and Bill Clinton in 1998.

During Nixon’s impeachment inquiry, the market dropped over 30% in the year after it started.  If you look at the broader market though, the United States was in a recession, inflation was high, and the oil crisis was happening so its tough to say that the impeachment was the sole factor.

Clinton was impeached in 1998.  The stock market was making double digit gains on the regular thanks to the dot com boom.  The year after Clinton’s impeachment, the S&P 500 rallied over 30%.  Little had to do with the political environment when you look at the broader picture however.

Another factor that needs to be discussed is the fact that a sitting president has never been removed from office through an impeachment.  Clinton finished out his presidency in 2000 after being impeached just two years earlier.  The likelihood that Trump would be removed from office seems fairly low.

If you look at how impeachments are handled, first it will go through the House Judicial Committee where if they find evidence of wrongdoing, can send it to the House for a vote.  If they find wrongdoing, It’s likely that the House will impeach President Trump in my opinion because it gives them the opportunity to establish instability in the political climate heading into an election year.

IF it passes the House, it will move to the Senate for a criminal trial where the rules are literally made up as they go along.  The Senate isn’t even obligated to do anything – much less hold a trial – and being controlled by Republicans, can vote to dismiss it without hearing a single word of it.

Who knows how this will ultimately turn out.  I fully expect it to continue to divide our country and party lines as the formal inquiry moves forward.  What does it mean for the stock market or your financial plan?  Well that depends on how you’re currently invested, what asset classes you’re invested in, and how you want your money to act over the next 12-36 months, or however long this may take.  One things for sure, coupling this with the other events that are playing out in our economy is all but certain to add more volatility and uncertainty to the picture.

If we can answer any questions you have or be a sounding board for a money move you’re considering, don’t hesitate to schedule a call with us here.

The views presented today are the views of Two Waters Wealth Management. Opinions expressed are general in nature, subject to change without notice and are not intended and should not be interpreted as specific investment advice for you or your investments or portfolio. Since individual circumstances vary, you should consult your legal, tax, or financial advisors for specific information. 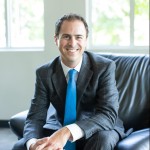